Situated in the gardens of Troy Farm B&B is the Troy Town turf maze, one of only 8 such monuments in the British Isles.
Formed by cutting away the ground surface to leave turf ridges and shallow trenches, the convoluted pattern produces a single pathway leading to the centre of the design.

According to Domesday records, such mazes were cut by villagers out of common land but its original intention several ideas have been suggested. Pliny's Natural History states that mazes were formed in the fields to entertain children.
Others believe it was a legacy of the Roman occupation when the colonists used to cut mazes to play the Troy Game, Inlus, popular with the youths in Rome.

Whatever the true story, the existance of this ancient maze, which has been kept in immaculate condition, adds a fascinating and unusual attraction to your stay at Troy Farm Bed & Breakfast. 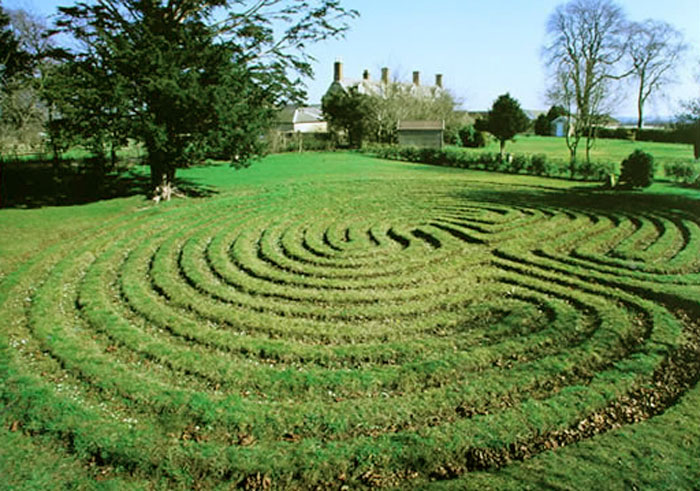